A high-quality book and website is published from the full-colour collection, containing digital portraits of 107 of the most noteworthy writers Irish-language life, including literary authors and academic writers, whose portraits were taken between 2009-2013, by Máire Uí Mhaicín for Foras na Gaeilge. The collection includes images of poets, short story writers, folklorists, children’s authors, scholarly writers, and writers from many other genres. A short biography of each writer, and where possible, some of the writer’s work is included while maintaining the emphasis on the portraits themselves. An introduction and some recollective passages are also included in the printed book and it is hoped that the website will serve as a further valuable searchable archival facility for anyone with an interest in Irish language writers, and Irish writing as a whole.

Sound files of the writers reading from their work will be added, at the discretion of the writers themselves. This is an opportunity to add to the archival feature of the visual material, and the literary and academic pieces, by including the writers' voice. This stage is now underway, and some of the entries include this feature.

In the second stage of the project, new additional portraits will be added to collection on an annual basis, so that the archive of living Irish language writers can be made as complete as possible. Secondary details will also feature: sound file, biography and other literary information etc. These batches will be added once per year, and the first new list, for 2017, was announced in December 2016.

The managament board of COMHAR prepares a list of eight writers annually, and this is put before an anonynous panel each year to vet this suggested selection, based on certain criteria.

Nominations from the general public are not accepted, nor will writers' self-nominations be entertained. It is advisable to avoid this type of canvassing.

Portraits from the Bord na Gaeilge series in the 1980's have be added to the archive in 2018. This is the first example of portraits of writers who are no longer with us featuring in the collection. In certain cases, there is a second portrait now available in the entries of particular writers.

It is intended to add portraits from the Kennys Bookshop (Galway) collection, stretching from 1960s (through to the modern day) to the collection in 2021. Again, in certain cases, there will be a second portrait available in the entries of particular writers.

An educational focus will be prepared for a certain portion of the entries, with teaching aids, in additioned to modified portraits and others materials for the younger reader. 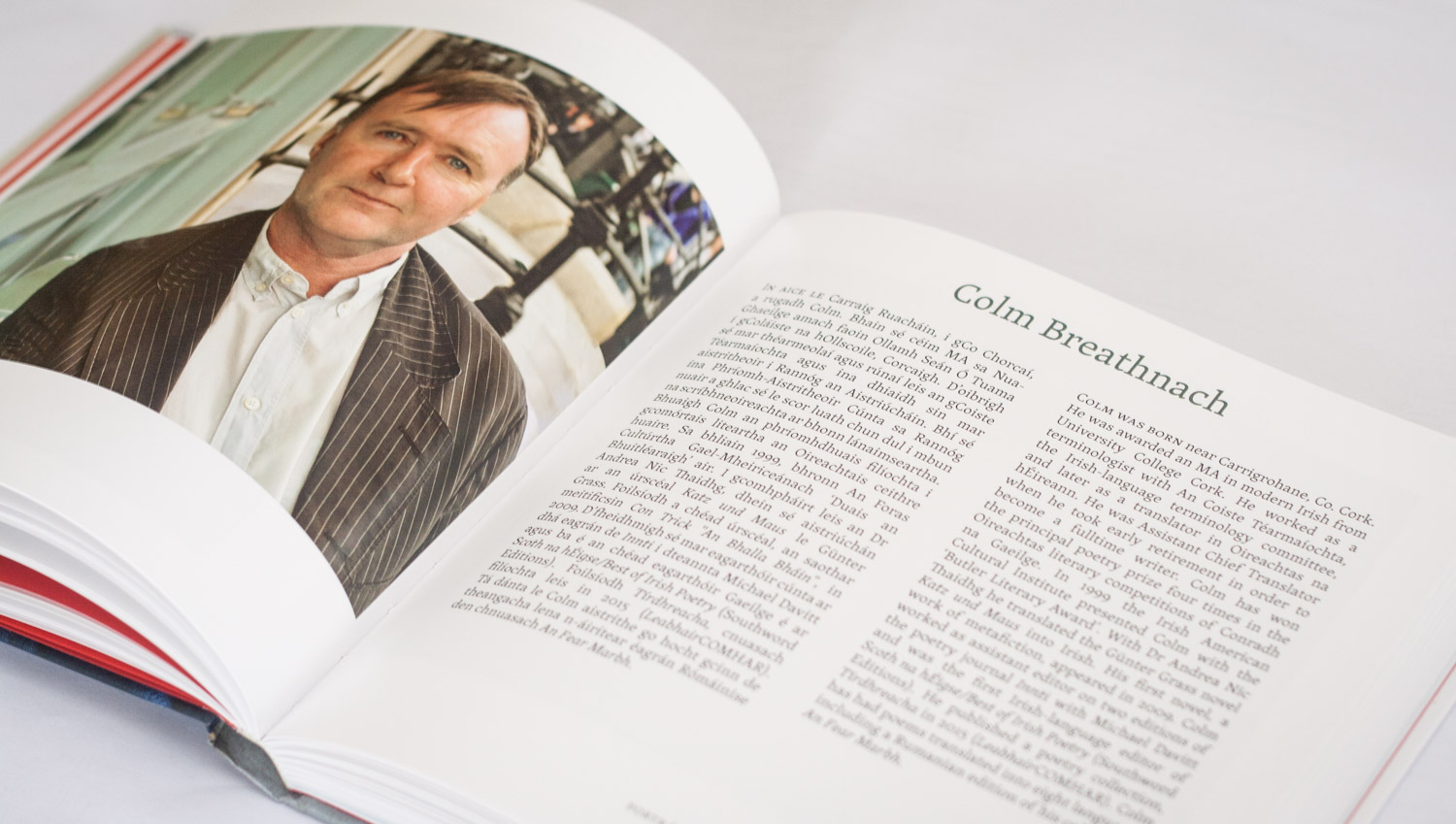